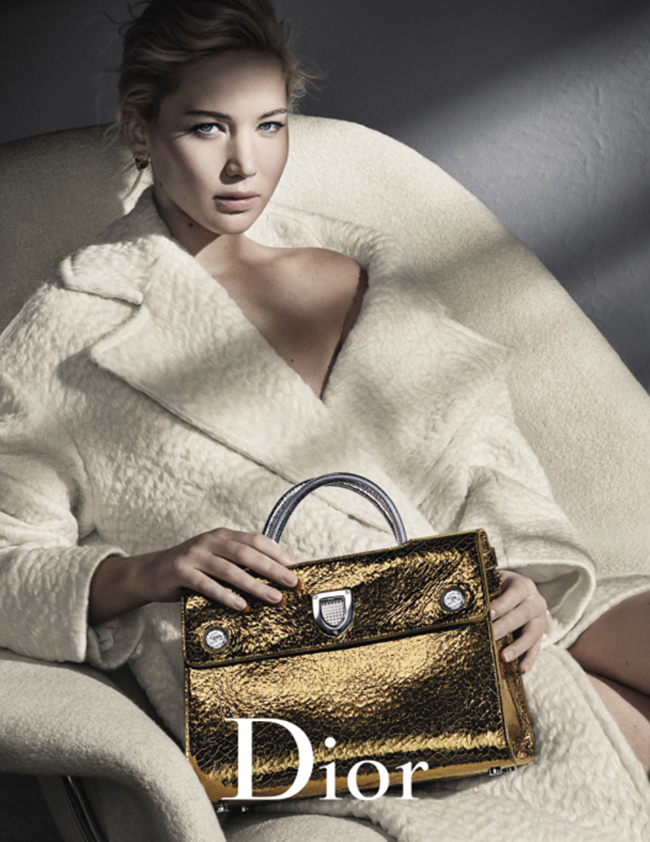 I could not be other than Jennifer Lawrence in charge of giving life to new handbags made in Dior for the Fall-Winter 2016/2017. Under orders from Patrick Demarchelier, actress demonstrates its good to face the camera in the last campaign of the maison, robbing them prominence to the Diorama and Diorever bags thanks to a sweeping style lady tinged autumnal colors.

Named the highest paid actress consecutively in the last two years, Jennifer Lawrence is in non-stop mode. With the Hunger Games saga as the main springboard and with titles like Joy or X-Men in its recent history, the actress has not only succeeded on the big screen, but also has put in her pocket one of the largest signatures, Dior, starring all your campaigns from 2013.

In contrast to the Spring-Summer 2016, in this last campaign Jennifer Lawrence shows us looks more warm as wool or point fabrics, and garments dyed burgundy and boiler, two colors it next season.

You may also like to read another article on Dress24H: The most fashionable bags for autumn winter 2016/17

Also, Diorama and Diorever bags are passed to the star color of winter, the black, leaving room for models in mustard or navy, and even the occasional metallic touch, one of the trends of the moment that has also reached these iconic bags.